Could you physically die during astral travel?

This is a common fear of people wanting to explore the astral world, but become very hesitant because they fear they might physically die during the experience. The answer is simple: You cannot die during an astral projection. Just like you don't just die because you go to sleep. You always wake up from a sleep. right? Well, an astral projection happens during sleep. Almost every night we get out of our body, if not slightly then completely. But you ALWAYS get back to your physical body when the time comes to wake up, or if you need to go urinate for example, or if your partner and children wake you up.

Even a brutal awake of your physical body while astral traveling is not enough to cause physical death. But of course it sure is a shocking and scary experience when the astral body returns that way (suddenly). In fact it shouldn't return that way (brutally) often. The consequence is not death, but you may feel sick. In my case, I happen to have the corners of my eyes swollen few times after being brutally waken up by a friend.

In normal circumstances, the body always requests the astral body to come back. This is for many reasons: hunger, brain time to wake up (morning), strong body discomfort , or a sudden body shake

For the common people who don’t consciously astral travel, a brutal and sudden body shake during sleep won’t do them much harm, I mean they won’t be so terrified, if not just a little angry, or worried

(just don't disturb people's sleep). But astral projectors newbies who keep awareness during their sleep may be terrified in this case, since they will witness consciously their sudden return into the physical body, it is a bit disturbing. It may feel like been hit by a truck.

I can still remember at the beginning I interrupted most of my spontaneous astral travel by fear. The weird sensation which comes with the out of body process was so scary for me that I panicked at each attempt, and woke up. I used to spontaneously be projected in the astral world many times. With my high fear of the astral world, in those days I had little experience and no coaching. I focused on finding ways to come back to my body as soon as the spontaneous out of body happened. And every time I interrupted the spontaneous OBE by fear. Then guess what, No more conscious spontaneous OBE happened to me for at least 9 months, until I did some chakra related exercises and controlled my fears.

From the spiritual point of view, death only happens when the silver cord is broken

Naturally the silver cord is broken only when the physical body becomes too weak or too sick to hold the soul. The soul will move on in the astral world, then progressively resolve in a sort of spiritual seed (causal body) and find a new ground I mean a new baby body (for the next reincarnation). Even during a serious accident, if the physical body is no longer fit to reflect the most important functions of the soul, I mean if the physical body is too damaged, the silver cord should naturally be broken. Certain people go into coma, when their brain can’t run on normal waves any more (beta, alpha and theta waves), but even in this case, the silver cord is not broken; because there are still chances that the brain recovers to run on normal waves again. What I’m trying to say is that the silver cord is not easily broken. A serious damage to the body must be made for it to break. Nobody or nothing can break it during your astral projection neither. 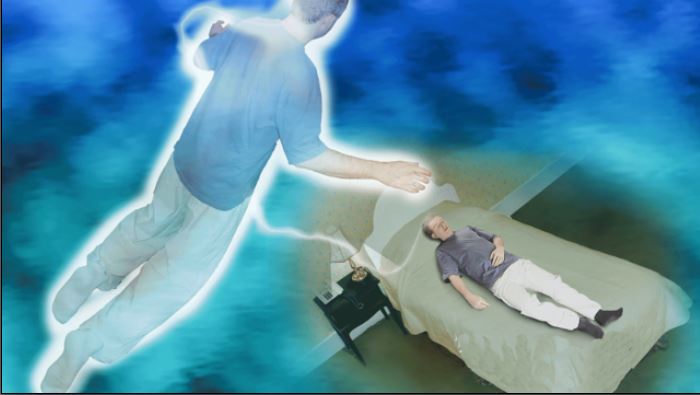 Here is a fact. If the silver cord can be broken from being strongly or gently shaken in bed by someone, I would have been dead by now

. Because I've astral traveled many times from a bed of more than 3 persons, who pushed me up strongly. I simply had a shocking wake up , not so terrifying though, maybe because I got used to that. But I’m still alive.

Also the silver cord will not be broken if your body is been moved somewhere else (away from your bed).

People whose bodies went into coma from their bed at home and separated from their body, can still enter their moved body in a different place (at the hospital for example). Besides, I've found my physical body in different positions many times when I came back to my physical body from astral travels, but I still could wake up. yes It happens that the physical body does some automatic subconscious moves in bed, which doesn't necessarily call back the astral body from its trip.

If there are some special cases when the silver cord can be broken during an OBE. I won't know them to inform you since I would already be dead by the time I find out

Yes if during an astral trip, you get a terrible fear, you freeze. Although still conscious, you automatically stop moving to observe the object of your fear. And you gather more and more fear. At that very moment, you can’t return to your physical body yet. Even if you are brutally or gently moved by someone in bed. For a while the astral body will struggle to return to the physical body completely. During that time, it's as if some astral parts (energies) and a little part of your consciousness( a split of consciousness) returns to the physical body, which will allow your physical body to make some moves and little noises of fear (like screaming), but the rest of your consciousness will still be stuck in the astral world observing the object of fear.

Finally you come back completely to your physical body although with a bit of delay. This is even why you would see someone having a nightmare fighting to wake up quickly, there a usually a little delay in waking up. It is no pleasant feeling. People who do not consciously astral travel experience this as a nightmare. You will also notice that you need to shake them a bit more for some seconds before they can wake up. But for those who project consciously, the experience can be worse, since they will witness and remember all details, including the brutal return into the physical body.

In all natural death, everyone (initiates and non-initiates) experiences that strange sensation of leaving the body (the trance, paralysis or feeling cold). All the strange sensation are felt at the moment of natural death. Most people who have come to have an out of body experience for the first time will tell you, that "it felt like they were going to die the moment they were leaving their body". Now how could they be so convinced that they were dying while they haven't even died yet in this current life

. Where is that knowledge or memory from? They are not wrong to feel so, it is just a recorded feeling of past death experiences. If re-incarnation is true, then everybody has died before.

But then how do you make the difference between an OBE and death? Well, unless it is a sudden accident which damages your physical body completely, death would not usually be experienced like a spontaneous OBE. As a reference, just remember that if you were sleeping and all of a sudden you find yourself staring at the ceiling or standing in your bedroom fully awake, then be assured that you are not dead, but rather simply astral projecting (physically sleeping).

However if you were driving a car for example, and out of the blue you find yourself standing near your crashed car, then you are maybe dead.

The process of death is pretty much the opposite of birth. For birth to happen, all our organs had to be in function before coming out of our mother, then the umbilical cord was cut. For death to happen, our body must not be functioning any more (terribly sick, damaged or tired), then one day the silver cord (which is our astral umbilical cord) might have reasons to break (Well, if it is really your time to die), then only you leave your physical body for good.

In short, and as far as I know, unless it is your time to death, you always come back from an OBE

The physical body needs the astral body to react to the outside world. So if for example during a sleep, for whatever reason you need to willingly use your physical brain, hands or feet, your astral body will automatically be pulled back into the body to allow such functions. Therefore should you wish to get back to your physical body from wherever you are in the astral world, simply try to sense (and move) your hands, your fingers or your legs in bed. You should be back in few seconds if not immediately.

I would like to add that when someone is having a nightmare, when he/she is delaying in coming back from the astral world for some unknown reasons (usually because of fear), you as a friend can help by massaging his hands or his legs (or both), stretch gently his fingers back and forth and He/she should quickly find his way back to the physical body.