How to deal with evil forces

In the mind of most people, Good and Evil are realities which must fight against each other. It also shows in their behaviors. They run away from evil and wish it never came in their lives. Yet, there it is, coming back again and again to hunt them :

The world philosophy is such that God is perfect and all is created according to perfect plans, then was evil an unforeseen outcome? If so, would it still stand to consider God as the most wise? Is evil existence God's mistake? Has evil come to existence so we humans can play with it or destroy it? 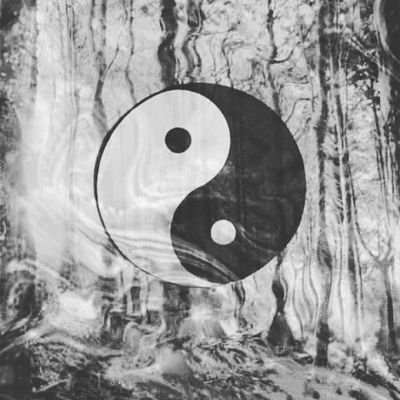 Everything which came to existence play a perfect role in the universe. Each thing was put at its correct place to help or boost the existence of another thing. The position of planets are not random, the sun being in the middle of planets in a solar system is not a mistake neither. Darkness exists to make us aware of the light, stupidity exists to remind of wisdom.

It is only in the mind of humans that Evil and Good fight against each other. Evil and Good do not fight, they have a perfect point of agreement in the world without humans. What is commonly called angels and demons in religion do exist but they do not fight against each other. Each group of creatures respects each other and know how to keep their appropriate position in the universe. That's harmony. The moment everything is at the right place, there is order, there is peace. If you put water in the lungs, and air in the stomach there comes trouble. And that's what we humans call evil. Things which are at their wrong position or things done at the wrong moment.

In the universe, evil and good are forces which support each other. The supreme being of the universe has allowed them both to exist, and to create a balance. A left and a right, a positive polarity and a negative polarity. Then why are humans trying so hard to destroy it. And what power do we have to fight against a huge force such as evil? At this point, it may also sound like I'm supporting the evil doing of this world. :

No. absolutely not. I don't agree with the miseries of our planet, I don't tolerate the rappers, the criminals and the rest of nonsense we've come to create on earth. But understand that this is our own doing, not God's will. In God creation, everything is in order. With our free will, we humans misplace everything. Yes we are so. In absence of wisdom, we mess up, we self destroy even. So what we call evil on earth is nowhere among more advanced invisible beings of the universe. There are areas of the universe where Evil is not seen the way we see it here, because it doesn't cause problem, evil is not a threat.

Evil will remain a threat in our world as long we don't know how to deal with it. In the material world (mental, astral and physical), duality of Good and Evil will always exist. They are twin bothers. One may not exist without the other. Things are such and will always be so. To pray God to remove evil is like asking to remove good. As long as we live, there will be a day and there will be a night, because the planet turns. Instead of asking God to go against its perfect established order. Rather ask it (God) to help deal with evil. Ask how to deal with it, ask how to walk in hell without being smashed. And nature will surely you spiritual beings or teachers who will gladly give you the methods, the attitudes to have towards evil. And even better, they may show you ways of how to make use of the so called "Evil forces" to grow your spirituality even further.

As long as humans have this attitude of fearing evil, of fighting against it, they will never be at peace. Because in this fight against evil, nobody can win. We will keep fighting with it for eternity without ever winning. Maybe few battle victories but never the war, because evil will keep coming back, it is immortal. Continue this battle with them, and you will soon lose all your strength, your courage and hope. You will be safe by having a certain attitude towards evil. Yes it's an attitude that will safe you, not a direct fight by trying to block or to challenge them. I'll explain now.

It's first about learning about evil and its manifestation in the material world. Thanks to that knowledge you will finally apply methods to deal with it.

The most important thing to remember, is that in the material world, evil is stubborn, and it will always do the exact opposite of what you want it to do

That's even how you can distinguish Good entities from bad entities. When you ask a high spiritual entity or commonly called angel to come, it comes, and when you want it to leave it leaves. But with demons, it's not so. You won't even ask them to come, and there they are :

, and when you want them to go away, there they stay with you. And that's how the evil force (which I repeat, is not necessarily bad thing) act everywhere.

I bet this example already happened to you too: when you wanted an annoying visitor at home to go away because you needed to do your homework, they tend to stay longer and talk even more

. Many of those who promised themselves to never get married, actually got married. And you sure know that thing about not saying NEVER . "Never say never". People have well noticed that there is something strange around the "never" word. The moment you want to do something great, all the negative forces are there to try and go against your plan.

In some areas of Africa, a wise old women use to tell me "Do not tell what you are planning to do to anyone before it's done". She spoke to me about "jinx" which I later understood differently. It mostly turns around the fact that what we way is also heard by evil forces. Evil forces are also in our subconsciousness. And so let's not be surprise that our own subconsciousness goes against our well plans. You want to give up your addiction, well, your subconsciousness has heard you and it will be resisting the change.

You want evil to go away? ask it to stay. It won't be long before it goes away. Because it doesn't resist the idea of making you happy with what you are asking. Evil is present everywhere, even in your thoughts and feelings. When it shows up in your mind as bad thoughts. Have the same attitude. Do not fight the bad thought. Do not block the bad thought. Rather let it come, don't be afraid to be friend with it, pay attention to it, and it won't be long before it vanishes. But if you start blocking the bad thought, it will enjoy the game, it will come back to you again and again to see you pulling your hair. :

In most cases a nasty dog will only chase and bite when you start lifting weapons or start running. However if you stay still, and even pat it gently when it comes to you, it will not bite. Apply the same attitude with your bad thoughts and emotions, do not block them, let them come and go. Tell them, "if you want to come, please do, I'm not going to prevent you, you may leave when you want". That's how to deal with evil.

Never say to demons that you hate them. Instead, love them all. I know it sounds like what nobody will advise to anyone. But it's absolutely safe to do so. To love the whole universe, not partially. This way, good forces will approach you, and evil forces will rather stay away from you. Love will resolve your problem with evil. Accept both forces as important existence of life. Wherever they manifest, whether in the solar system, on earth or in human beings or animals, learn the right way to live with them without being smashed. Today, volcano, rains, tornadoes are no longer seen as evil forces. But they were seen as evil in the remote past. Today we've understood that those strong natural forces are actually necessary and useful on earth. Wild animals were seen as evil, but today nobody goes in the forest to fight with the wild animals. We understood that those animals are not threats as long as they are in the right place. As long we don't go face them in the forest.

The current world problem is that we don't know how to use the full power of love in life. The world also haven't yet understood that evil is not a forever enemy. It has to become a friend which pushes us to grow our spirituality further. Like certain toxic substances taken at a good dose in the laboratories have been used to create medicines. People should start changing their inner evil forces into cure. Lust , anger, frustrations... can all be turned or into good forces. This requires to be a great alchemist. Planet earth itself is a great alchemist as it has never been against evil forces. In fact it doesn't know what evil is, it uses it. Planet earth is a great laboratory which uses rubbish thrown around the grown to to grow plants and fertilize the ground for vegetables to grow. So It makes great use of what we call evil. Earth would even do better if we humans helped it a little bit.

We need to stay away from evil, and that's true, as we are not strong enough for it. But when that evil is already present in our lives. We need to have the right attitude towards it in order for it to not destroy us. That attitude is simple, observe it with judgement, without putting a fight, or rather sending it light and it will go away.

In the past when schools were rare and conditions of living were the most difficult. It was a world without internet, without phones, without scientific books. A world of difficulties. But it was also a world which gave birth to greatest artistes, greatest poems, musicians and inventors of today appliances. And in this world where we seem to have all the facilities, we come up with more hooligans from schools, and the worst addictions and illnesses in the society... Ask yourself how comes it is so? Why when put in difficulties ( which is an expression of evil ) humans brain would work at its best, and come up with greater innovations? And then why when put in comfort, humans struggle to better themselves?